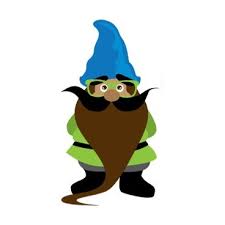 On Saturday (1st of April) the third edition of GeekWeekWro finished. I’m so proud that people liked this one; a week full of geeky meetups in Wrocław.
How does it start?
Two years ago I decided to leave Poland forever. But I would never be myself, if I did not say some sort of goodbye to Poland, and to the city that I called home – Wrocław. The best thing for me was to create a great event for everyone. At that time, I was a leader of the Women in Technology group in Poland. A WiT group was not focused on any technology, and that’s why it had to cooperate with other tech groups. So I thought why not do the same, but without any gender in the name. With help came an event in Kraków: GeekWeekKrk. I loved this idea, so with Mirek Pragłowski, we decided to have a similar week in Wrocław. All groups meet in one week and show others how many meetups and free knowledge we have in Wrocław.
The idea of GeekWeekWro came from another event. That’s why we joined the GeekWeekFest organisation, who associate all GeekWeeks in Poland.
But I would never do that alone. For all three editions, I was helped by great people, who love technology!
GeekWeekWro#1
First GeekWeekWro was held on the third week of January: 19.01-24.01 2015 and twelve tech groups took part in GWW. The final of this week was HackWro -a one-day hackathon with the subject: society, city and ecology.
Organisers of the first edition were: I, Mirek Pragłowski, Magda Mazur-Milewska, Zuza Zapolska, Tomek Kudła.

After the first event, I got feedback from the groups that more people started to come to their events. So achievement unlocked! 😉
GeekWeekWro#2
Second GeekWeekWro edition was held on the second week of April (11.04-16.04 2016). This time 19 groups and two big events happened: Azure Bootcamp and Hack4Culture.
This edition was a little difficult for me because I was not in Poland anymore. But we had  technology so the problem was resolved. The rest of the people who co-organize GWW were in Wroclaw: Mirek Pragłowski, Paweł Klimczyk, Paweł Łukasik, Maja Kierzkowska, Asia Michalik, Paulina Bielewicz. They did a great job in creating a successful edition.

GeekWeekWro#3
To co-organize some events, you also need to add something from yourself. If not money then for sure some satisfaction. And even if I’m so proud of GeekWeekWro, I don’t come to Wroclaw often. I decided at this edition to not do almost anything. I was only there to share my knowledge of being PM of GWW#1 and GWW#2.
This time the co-organizers had been: Paweł Klimczyk, Paweł Łukasik, Krzysztof Kozłowski, Krzysztof Sobkowiak, Sylwia Robak and Asia Michalik.
They created a great week with 23 groups and one day of the mini conference!
How was third edition? You can check it all out on Facebook!

What’s next?
For next GeekWeekWro you need to ask Paweł Klimczyk, Paweł Łukasik, Krzysztof Kozłowski, Krzysztof Sobkowiak and Sylwia Robak. They are  now organisers of GeekWeekWro! But so far, from what I know, they have already started planning the next edition!
So if you want to know more then check out GWW: website, facebook and twitter!

One Reply to “GeekWeekWro (time to say goodbye)”